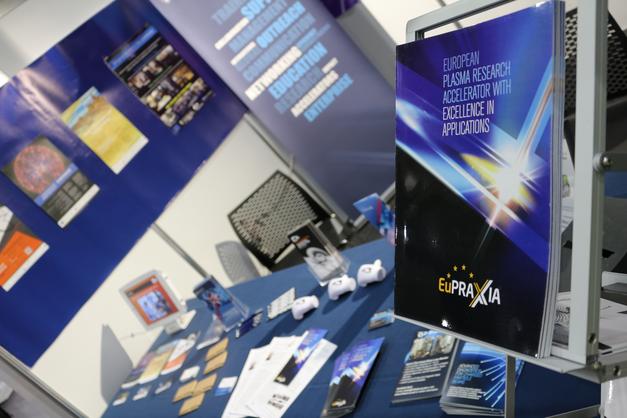 The EuPRAXIA collaboration has made a remarkable contribution to the International Particle Accelerator Conference – IPAC’19, the world’s largest gathering of accelerator scientists and industries, which was held in the Australian city of Melbourne from 19 to 24 May 2019.

The scientific programme included no less than four talks by distinguished members of the EuPRAXIA collaboration who presented different aspects of the design study.

Massimo Ferrario (INFN) gave a plenary talk about the prospects for applying advanced accelerator technologies to next generation scientific user facilities, where he presented the status of ongoing projects including EuPRAXIA and identified the set of required specifications for the different applications under consideration.

Marie-Emmanuelle Couprie (SOLEIL), had an invited contribution about the use of laser plasma accelerated electrons for compact FELs, a major concern of EuPRAXIA, whereas Phu Anh Phi Nghiem (CEA) gave a comprehensive overview of the EuPRAXIA project, aims, challenges, proposed schemes and main findings.

Finally, a poster presented by Maria Weikum (University of Strathclyde) introduced the status of the EuPRAXIA conceptual design study and the proposed plans for its implementation.

In addition to its contribution to the scientific programme, EuPRAXIA was present at the Industry Exhibition which ran in parallel to the conference. A booth of the University of Liverpool was used as a platform to further promote EuPRAXIA through the distribution of brochures and leaflets, and a competition of the Surfatron game introduced the concepts of plasma acceleration to interested participants.

EuPRAXIA goes to the land Down Under

EuPRAXIA showcased at the Industry Exhibition. 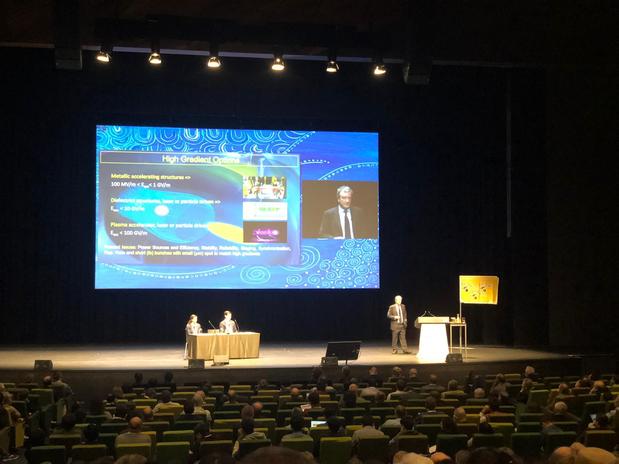