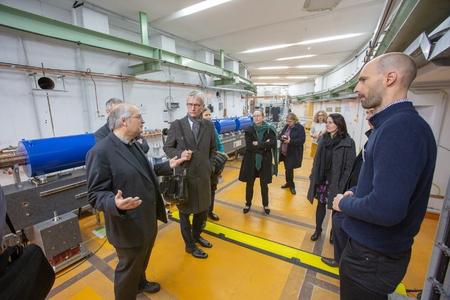 In the meantime, December brought further recognition by the European Commission as EuPRAXIA was selected as a success project to be promoted in the “Open Science – Research Infrastructures” Campaign. The EC’s Directorate General for Research & Innovation posted two tweets about EuPRAXIA on their Horizon2020 account, spreading the message about the design study even further. 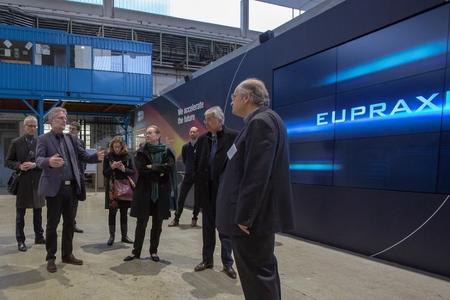 The end of last year brought a successful finish to a year full of outreach and public engagement for EuPRAXIA.

In late November 2018 members of the Senate of the Helmholtz Association, a group of high-ranking regional, national and scientific figures advising Germany’s largest science organisation, visited the DESY site in Hamburg. As part of their trip, they were welcomed by Dr. Ralph Assmann, Dr. Reinhard Brinkmann and other EuPRAXIA members, who introduced them to the new Helmholtz novel accelerator project ATHENA, plasma acceleration technology in general and, of course, EuPRAXIA.

Successful Outreach Towards the End of 2018