The University of Strathclyde team has been working on advanced particle accelerators funded by the EPSRC through the ALPHA-X project over the last 15 years, which aims to create a compact laser-plasma coherent X-ray source.

The ALPHA-X facilities include a laser plasma wakefield accelerator with an electron and radiation beam-line, undulators, a 40 TW laser and advanced diagnostics. The project made the first demonstration of controlled wakefield acceleration published as one of the "Dream Beam" papers in Nature in 2004 and a laser-plasma driven synchrotron source, initially in the visible and now in the VUV. It has recently led to the formation of the Scottish Centre for the Application of Plasma-based Accelerators, SCAPA, supported by the University of Strathclyde and other participating universities through SUPA and the SFC (Scottish Funding Council).

The new laser facilities of SCAPA will be capable of delivering 350 TW with multiple beam lines to enable a variety of particle and photon sources to be utilised in a number of applications ranging from pure academic research  to medical applications. 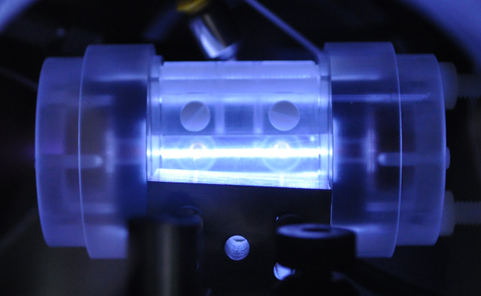