EuPRAXIA foresees the design of a plasma cell that can be cascaded, so that higher electron energies are reached, and the required tolerances for user applications can be fulfilled. The end goal is an “industrial” plasma cell design that provides a path to high beam energy by cascading. In addition to building whole accelerators with plasma structures, one or two of these structures could be used as add-ons to existing conventional facilities, boosting the energy reach and potential for science.

EuPRAXIA fosters developments towards compact accelerator magnets with high field quality, chromatic correction, and a certain tuning range. Permanent magnets as well as electromagnetic magnets are options that are considered together with industrial suppliers and accelerator labs. The magnets and lattice solutions from EuPRAXIA can have many other applications in the 30,000 accelerators installed around the world.

EuPRAXIA will define high-accuracy and precision diagnostic tools for both the transverse and longitudinal characterization of electron beams, developing novel techniques for sub-fs and sub-mm beam diagnostics.

​Similarly to plasmas, laser-illuminated micro-machined dielectric structures can sustain strong electric fields (hundreds of megavolts per meter) with the ability to accelerate particles to several MeV in distances of a few millimeters. This emerging technology is not as mature as wakefield acceleration but EuPRAXIA will also investigate dielectric structures with the aim of developing a future “accelerator-on-a-chip”. 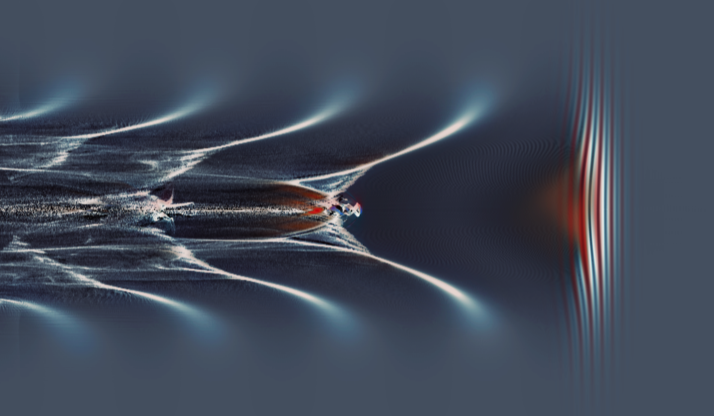 The realization of a wakefield accelerator with the industrial beam quality of EuPRAXIA requires the external injection of high-brightness electron beams. Radio-frequency (RF) photo-injectors, can generate and accelerate those electron beams up to a few hundreds of MeV. The EuPRAXIA RF photo-injector employs state-of-the-art photocathode extraction, and RF acceleration and compression, both to shorten the bunch down to a few femtoseconds and to manipulate its longitudinal distribution. Multi-bunch trains are mandatory to increase the transformer ratio, i.e. the energy transfer efficiency.

In plasma wakefield acceleration, a train of driver electron bunches separated by a plasma wavelength,        , resonantly excites a plasma wake, which accelerates a trailing witness bunch injected at the accelerating phase.

A train of high-brightness bunches, spaced by        , is properly generated at the cathode, and manipulated through the velocity bunching technique, in order to be injected in the plasma target with the proper distance and length. Exploiting the fast response of metallic photo-cathodes, the bunch charge and spacing can be adjusted unbalancing the photo-cathode laser intensity and delaying their relative arrival time at the photo-cathode.

High-brightness electron beams must be transported from the source (the external RF injector or the plasma injector) to the plasma cell in which the electron beam is accelerated.

High accuracy and precision diagnostic tools are also required for both transverse and longitudinal characterization of the electron beam along the whole accelerator in order to check the matching conditions and the acceleration process. 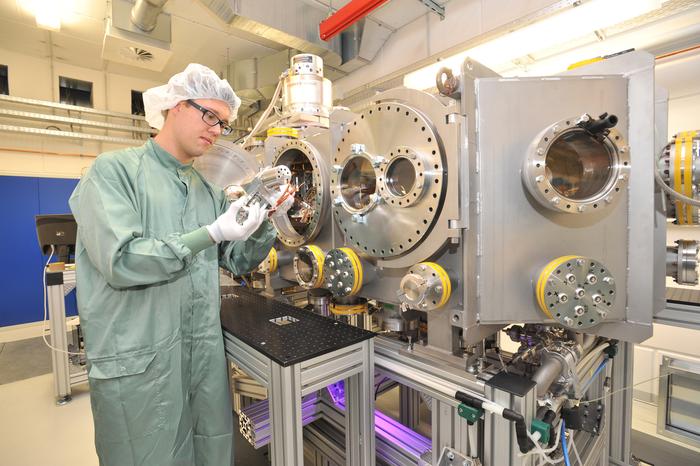 The energy gain in a single plasma cell is limited by several factors such as dephasing and laser diffraction. These problems may be mitigated by tailoring the plasma density, guiding the laser pulse in a preformed plasma waveguide, and properly shaping the electron bunch. But, in order to overcome the depletion of laser energy, it is necessary to sequence the accelerator into stages, each powered by a separate laser pulse.

The current goal of the worldwide plasma, laser, and photo-injector communities is to demonstrate the stable and repeatable acceleration of high-brightness beams. The next step is the extraction and transport of the beam, preserving its quality, i.e. high 6D brightness, stability and reliability, to feed the user applications. The need for matching the electron beams in and out of plasma channels requires magnetic focusing to a small beam size of the order of one micrometer. While this has been done in conventional accelerators, the conventional schemes have to be adapted for plasma accelerator needs.

The manipulation of the beam is particularly challenging because the beam must be only a few femtoseconds long and a few micrometers large at the entrance of the plasma accelerating structure. After the accelerating plasma structure, the electron beam must be optimized to fit the user needs.

Preferably non-intercepting and single-shot diagnostics should provide the required resolution, i.e. few tens of femtoseconds bunch length and few micrometers transverse beam size. In addition, the quality of the accelerated beam critically depends on its proper injection at the right phase in the plasma wave.