Researchers from the Lawrence Berkeley National Laboratory in the US have made an important breakthrough in the development of ultra-compact high-energy plasma-based accelerators.

In a paper recently published in Nature, they demonstrate for the first time the technique of staging, or sequencing multiple plasma accelerators that are independently powered.  Staging is critical for high-energy physics applications of laser-plasma accelerators, as it enables one to achieve higher beam energies, while maintaining accelerating gradients orders of magnitude above conventional technology.

In these experiments, electrons from one laser-plasma accelerator were transported into a second laser-plasma accelerator, powered by a second laser pulse, and accelerated.  What was particularly novel about this experiment is that a plasma-based lens was employed to transport the beam between stages and a plasma mirror was used to couple in the second laser pulse.  These plasma-based components allowed the system to remain extremely compact.

With this result, one can envision scaling to beam energies of interest for high-energy physics applications in a compact footprint.  However, these results are a first step toward that vision—experiments at higher beam energy, with higher efficiency and improved beam quality, will need to be performed to further develop plasma-based technology for next-generation colliders. 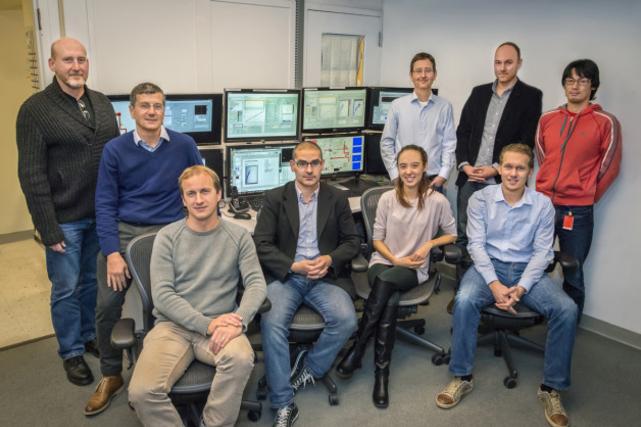