Prof Welsch talking about the 'Physics of Star Wars'.

Stormtrooper inspecting the Lego display at the Star Wars event. 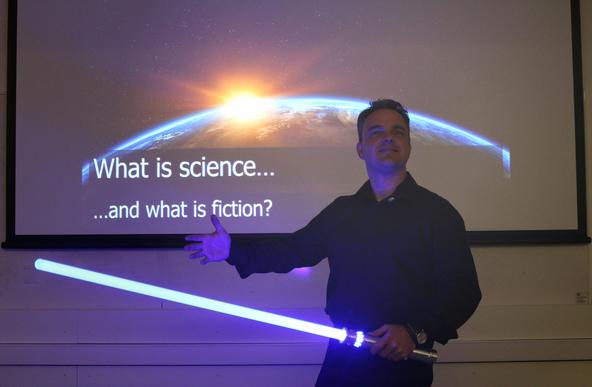 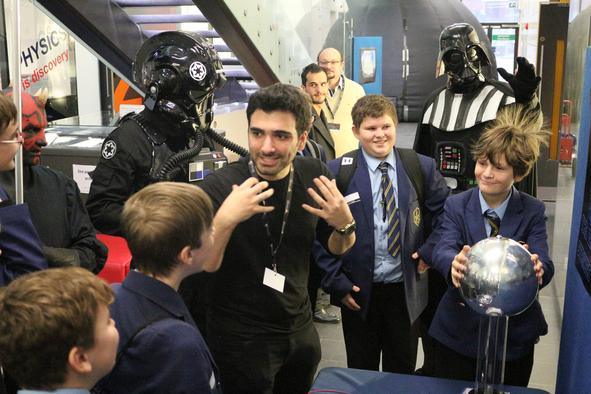 High-power lasers, energetic beams… we have all seen them in the big screen much before they became the subject of scientific projects like EuPRAXIA.

It is a known fact that science fiction inspires very real research, and many scientists felt their first inclinations towards nature and technology by watching movies like Star Wars. For this reason the University of Liverpool team led by Prof Carsten Welsch organised a Star Wars – themed outreach event, using the “physics” of the movie to convey the scientific concepts investigated in EuPRAXIA.

The event, held on 27th November at the University of Liverpool, was attended by hundreds of schoolchildren, undergraduate students and university staff. ​

The day started with a lecture that showed short scenes of the Star Wars movies to then link them to current technology and ongoing research.

Professor Welsch explains his approach: “I selected iconic scenes from the movies that everybody will immediately recognise, and used real world physics to explain what is possible and what is fiction. For example, a lightsabre, as shown in the film, wouldn’t be possible according to the laws of physics, but there are many exciting applications using lasers, for instance, there is a link to advances in lasers and laser acceleration being studied within the EuPRAXIA project.”

After the lecture, which also presented the EuPRAXIA video to the audience, all participants were given the opportunity to understand the science behind Star Wars through numerous hands-on activities. These included lasers, plasmas, high-voltages, electron beams, superconducting magnets, and even a full-scale planetarium which immersed the participants into the world of Star Wars.

Professor Welsch and his team had the kind permission of Lucasfilm to use film excerpts; these were complemented by Lego Star Wars models, a real cantina as found in the movie, stormtroopers and even Darth Vader himself!

BBC Radio Merseyside (from 1:26:11), the Warrington Guardian and Physics World have already reported about the event which has brought the EuPRAXIA project to the attention of several hundreds of thousands. The BBC’s Science Focus website and CORDIS have published a whole feature article about the event, with links to EuPRAXIA, and even the Star Wars fan websites Coffee with Kenobi has reported it. Many photographs from the exciting day can be found on Twitter at https://twitter.com/livuniphysics (#physicsofstarwars).

This was not an official Disney/Lucasfilm event, but planned, organised and run by Liverpool staff and students. 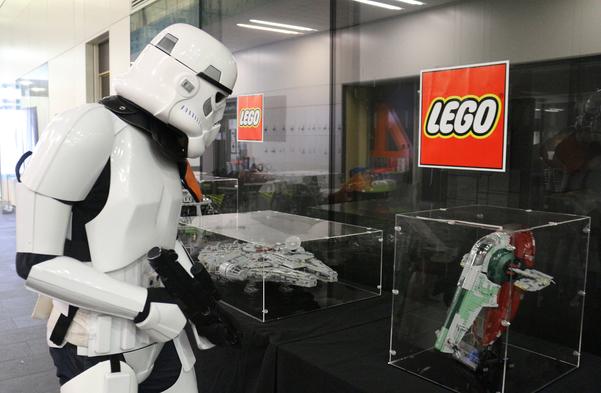