The EuPRAXIA Consortium held a 5-day retreat in the German Alps from 25 February to 1 March 2019 in preparation for the project’s conceptual design report (CDR) to be published in October 2019.
Set in Grainau close to the Zugspitze, the meeting focused on presentations and discussions on the conceptual design. With most of the European and international partners of EuPRAXIA represented at the event, an important topic of debate was also the project’s future. The next stages of EuPRAXIA were considered from technical design to implementation and operation, and other topics, such as future financial and governance models, were also examined.
In between sessions, fruitful discussions were held on contributions to the design report, planned R&D activities, future meetings and many other aspects.

Following the retreat, the main work on the conceptual design report has now started, as work packages and consortium members are drafting chapters for the CDR. A first version of the report will be ready by the end of April before publication of the final document in autumn 2019.

Conceptual Design Report Advances in the Wake of EuPRAXIA Retreat 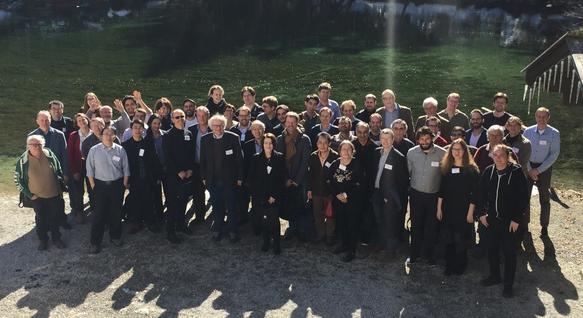 Attendees of the EuPRAXIA Retreat at the Hotel am Badersee in Grainau (Picture: R. Rudolph).