As the EuPRAXIA design study advances, it becomes increasingly complicated to have a complete overview of the project. The different work packages are closely interconnected and their common issues need to be clear to all involved. For that reason a series of EuPRAXIA Collaboration Weeks were foreseen as a means to meet and discuss the status of the project in an integrated way.

The first of such collaboration weeks took place in DESY Hamburg from 19th to 23rd of June, attracting over 80 participants from all the partner institutions plus representatives of the laser industry.

EuPRAXIA Coordinator Ralph Assmann welcomed the participants with an overview of the first 18 months of the project, which were deemed very successful. The milestones and deliverable reports produced between November 2015 and April 2017 have been collected in a single document comprising no less than 418 pages.

The welcome address was followed by an update of all 14 work packages from their respective leaders or deputy leaders. One of the talking points was the preliminary layout of the EuPRAXIA facility. The draft integrates the suggestions received from the individual work package meetings and considers all possible configurations: laser or beam driven plasmas, external or internal injection, single or multiple stages.

The next sessions were devoted to plenary discussions around the layout of the facility and its mayor components, injectors, diagnostics and correction devices, the status of the overall design in terms of simulations, and future experiments in various laboratories, among other topics.

Individual work package meetings took place during the second half of the week, and their conclusions were reported on Friday. 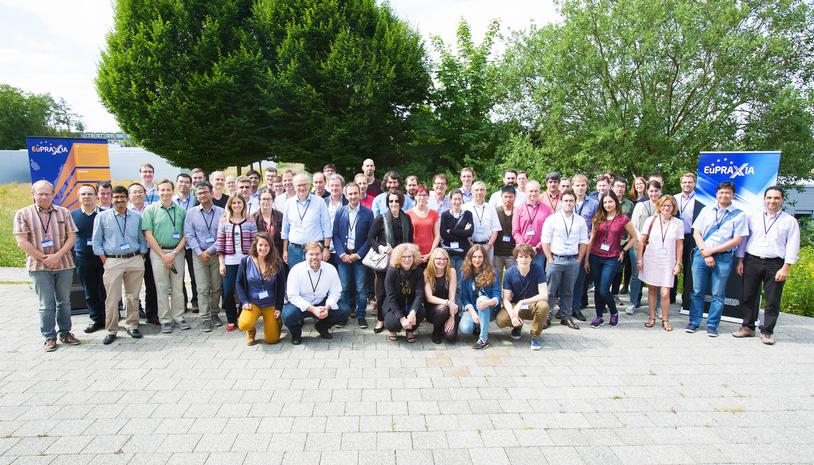