The European Design Study for a European Plasma Research Accelerator with eXcellence In Applications (EuPRAXIA) started officially on 1. November 2015. During its 4 year project duration the study will produce a design report for a European plasma research accelerator focussing on applications of this new technology.

All project partners gathered on 26./27. November 2015 at DESY in Hamburg, Germany for the official project kick-off meeting. They presented a summary of their anticipated contributions and research plans.

The primary goal of the meeting was to familiarize all partners with the specific rules and regulations of the Horizon 2020 framework, a detailed discussion of the project time plan, all work packages, agreed milestones and deliverables.

There was a very positive atmosphere during the entire meeting which was chaired by the coordinator, Dr. Ralph Assmann. The project’s web site (www.eupraxia-project.eu) had already been launched before the meeting and partners engaged actively in the communication of the project start.

Scientific discussions focused around the first year targets and how to benefit from the synergies between the different work packages and complementary expertise of the partners. There was a lot of excitement about the overall R&D plans. A larger science-oriented meeting will take place in the first half of 2016 and will also be open to associated partners and the wider plasma accelerator community. 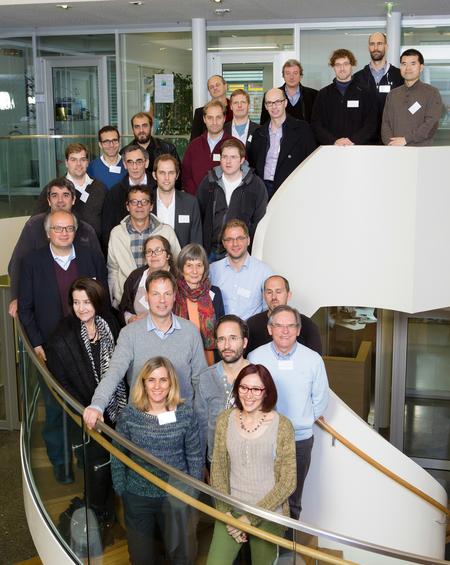