The development of a FEL for EuPRAXIA must overcome the intrinsic limitations of plasma-accelerated electrons, such as the large energy spread (typically a hundred times larger than conventional linacs) and 1 mrad divergence. To handle this issue, some electron beam manipulation has to be performed, either prior to the undulator with a demixing chicane or directly inside the undulator using a transverse gradient undulator.

Transverse gradient undulators are considered to be a promising solution for FELs utilizing electron beams with large energy spread. However dispersing the particles increases the beam size in the direction of dispersion (usually
horizontal direction) and reduces the transverse coherence of the FEL radiation. 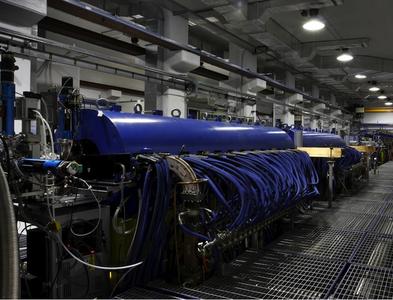 FELs driven by conventional electron accelerators are currently used in material sciences, nanotechnology, electronic materials processing, microfabrication, and biochemistry, to name but a few of their applications.

One of the trends of FEL technology is the development of compact FEL designs, by replacing the constituting elements with alternative accelerator concepts, new undulator designs, or novel FEL schemes. In EuPRAXIA, the interest is to investigate the application of plasma accelerators as drivers for a FEL, paving the way towards FEL light sources of laboratory size for femtosecond time-resolved experiments. The combination of short-period undulators with high on-axis magnetic fields could enable plasma-driven FELs at water-window photon energies with relatively low-energy electron beams of 1 GeV.

The ultrashort x-ray pulses made available by the plasma accelerator-driven FEL open up a whole new range of possibilities to measure ultrafast processes in nature that can be analyzed at the electronic level without perturbation, e.g. time-resolved photoelectron spectroscopy, single shot x-ray diffraction of biomolecules, proving warm dense matter, etc.

A Free Electron Laser (FEL) is a source of coherent (i.e. laser-like) radiation. It works by sending a beam of high-energy electrons down a tube surrounded by a series of magnets with alternate polarities. This magnet array, called undulator, causes the electrons to undergo a sinusoidal motion and emit synchrotron radiation due to their acceleration in the transverse plane. The emitted radiation interferes constructively in the successive oscillations, creating a beam of coherent tunable high-intensity x-rays. A low-energy x-ray beam may be used to ‘seed’ the FEL emission. Planar undulators lead to a linear polarization in the plane of the electrons.
The periodic magnetic field of an undulator is created by either permanent magnets or electromagnets (superconducting or warm magnets) placed next to each other and separated by equal distance. The FEL performance depends on the beam properties and undulator quality.