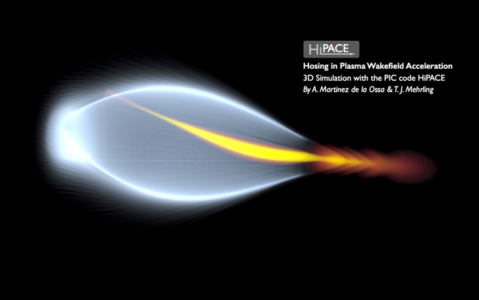 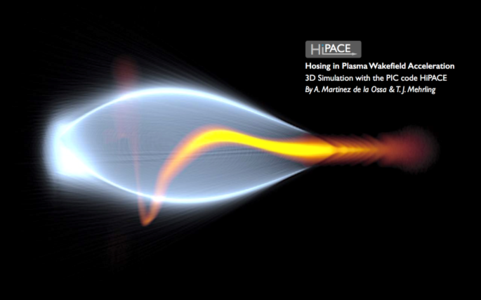 Mitigation of the Hose Instability in Plasma-Wakefield Accelerators

A team composed of EuPRAXIA members from IST (Instituto Superior Técnico) in Portugal and DESY in Germany has recently proposed a solution for a long-standing challenge for plasma based accelerators, initially posed in the early 90s. According to the previous scientific perception, plasma accelerators driven by relativistic and intense electron bunches are intrinsically unstable owing to a process known as the hose instability. This instability amplifies small transverse asymmetries of the setup until the beam breaks up. As a result, the hose instability inhibits the acceleration of particles to the energy frontier in plasma wakefield accelerators. By considering a generalised theoretical model, the EuPRAXIA team has now unraveled mechanisms which can intrinsically mitigate and damp the hose instability. The theoretical model, recently published in Physical Review Letters has successfully been compared to full scale three-dimensional simulations, and provides the first theoretical evidence for why hosing was never observed in experiments so far. The numerical simulations were performed on a local high-performance computer at IST (cluster accelerates) and on JUQUEEN, a supercomputer of the highest performance class in Jülich, Germany.