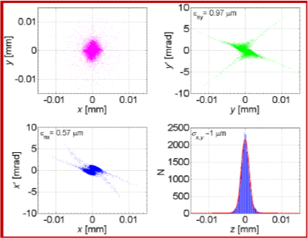 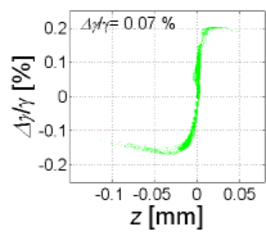 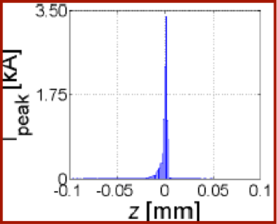 A meeting of electron beam design experts collaborating in EuPRAXIA’s work package 5 was held at DESY on 25th January 2017. The aim was to discuss a preliminary working point for the witness beam of a plasma wakefield accelerator (PWFA) with external injection.
The characteristics of the witness bunch to drive external injection schemes, both in PWFA and laser wakefield acceleration (LWFA) were well identified on their previous meeting in Frascati (5th - 6th October 2016), which was dedicated to RF photo-injectors.

The participants focused on a witness beam with the following characteristics: 30 pC bunch charge, ~ 3 kA peak current, energy spread less than 0.1%, ~1 mm mrad normalized transverse emittance and a final energy of 150 MeV (for LWFA) or 500 MeV (for PWFA).

A preliminary injector scheme to satisfy the request of a 3 kA peak current was presented. The overall injector is composed of:

A transfer beam line was designed to match the beam transversely at the plasma entrance with a beta function of about 1 mm, corresponding to 1 mm spot size at the plasma interface, as requested by the transverse matching condition.

Results of the performance of the new injector were also presented at the meeting. The witness beam was fully compressed in the first two S-band accelerating structures down to 3 mm (10 fs) FWHM, which corresponds to a peak current of 3 kA, and was accelerated in the third S-band structure and the ten X-band linac cavities with peak fields of 90 MV/m on average.

A strong focusing system, based on both electro magnets and permanent magnet quadrupoles, focused the beam at the plasma entrance down to 1 mm rms. Both transverse and longitudinal phase spaces were preserved as shown in Figure 1, the final energy spread was 0.07%, and the final bunch length was 3.3 mm (11 fs) FWHM, which corresponds to a peak current of 2.7 kA, with less than 1 mm mrad normalized transverse emittance.

The longitudinal profile at the plasma entrance (Figure 2) was typical of the velocity bunching process showing a spike of current on the head of the bunch and a long tail.

The overall length of the injector is about 32 m, including matching and diagnostics sections.

Simulations were done by means of TStep, to take into account space charge degradation effects, and Elegant for the high-energy part.

Start-to-end simulations are ongoing to evaluate if such a working point for the witness is suitable for efficient acceleration in the plasma and finally to drive the FEL emission.