The combination of low emittance, ultrahigh brightness and low energy spread may allow to beat the FEL Pellegrini criterion (based on ultralow emittance of the Trojan Horse technique) and the FEL Pierce parameter (thanks to the low energy spread) at the same time, and to achieve ultrahigh gain. This would boost the output of plasma accelerators to levels beyond those from even the finest traditional accelerators.

The so called “Trojan Horse” plasma photocathode technique of generating ultrahigh 5D-brightness electron bunches in combination with the dechirping capability to realize ultrahigh 6D-brightness electron beams results in what the team calls the “NeXource” technique. The diagram indicates the expected performance of the plasma-based NeXource approach in a couple of variations when compared to state-of-the-art accelerators. Bright times ahead! 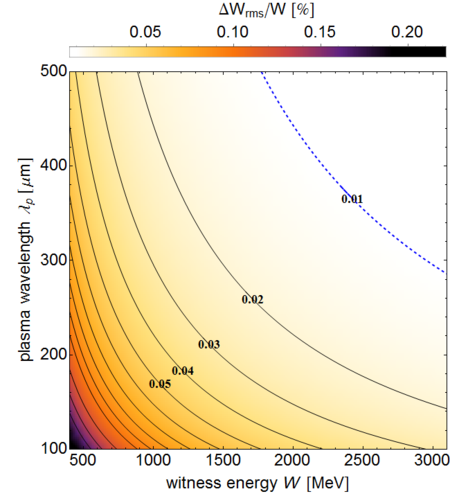 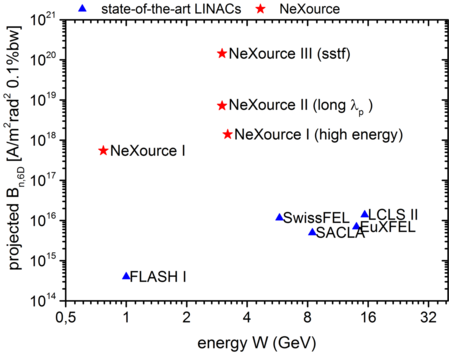 A video demonstrating the process is found here: https://www.nature.com/articles/ncomms15705#supplementary-information . One of the lead authors is Fahim Ahmed Habib, a first-year PhD student within the Strathclyde Centre for Doctoral Training P-PALS [http://ppals.phys.strath.ac.uk/]. He says: “It is extraordinarily exciting to have found a path to generate electron beams with not only ultrahigh 5D-brightness, but also ultrahigh 6D-brightness by making use of our novel dechirper technique”.

Claudio Pellegrini (not involved in the study), one of the father's of the LCLS, the world's first hard x-ray laser at Stanford in the US, says: "The path towards realizing the LCLS required a fundamental improvement of the electron beam quality obtainable from conventional accelerators. The approach Manahan et al. suggest now is very promising as regards obtaining a further step change in electron beam quality, this time to be enabled with plasma accelerators. This holds great prospects for the construction of future compact hard x-ray FEL's".

A scaling law has been found which indicates that the energy spread after the dechirped bunch can reach sub-0.01%-levels at plasma wavelengths of ~500 µm and electron energies >  2 GeV. This energy spread is approximately two orders of magnitude improved compared to without dechirping.

The brightest electron beams of the world

High-quality, bright electron beams have paved the way to realise knowledge-generating machines such as free-electron-lasers (FEL’s) – however, those require kilometre-scale accelerators such as the Stanford LCLS or the Hamburg XFEL. EuPRAXIA therefore aims at a compact European plasma accelerator with superior beam quality.

A new study co-funded by EuPRAXIA in context of “WP14: Hybrid Laser-Electron-Beam Driven Acceleration” proposes to realise electron beams not only in ultracompact setups, but also with orders of magnitude better brightness than state-of-the-art. This may enable future compact free-electron lasers with a shot-by-shot performance substantially better than today obtainable even from the best of today’s large machines such as LCLS or XFEL, and may have transformative effect on this and other important areas of research in natural, life and material sciences. It may be a unique path forward for EuPRAXIA to realize the goal of compact hard x-ray free-electron-lasers, and to fertilize plasma-based linear collider and high energy physics efforts.

The study, recently published in Nature Communications [G. G. Manahan, A. F. Habib, et al., doi: 10.1038/ncomms15705], enhances the plasma photocathode technique, which is known in the community as “Trojan Horse” plasma wakefield acceleration, with a novel approach to improve the energy spread of electron beams from plasma accelerators. In plasma accelerators, the ultrahigh electric accelerating fields of tens or hundreds of gigavolt-per-meter allow to realize accelerators on cm-basis, which would otherwise require many kilometre long structures in conventional, radiofrequency-driven accelerators. However, the ultrahigh electric fields in plasmas come at a price: they are the result of collective plasma electron movement, which also produce ultrahigh electric field gradients. Therefore, the head of the accelerated electron beam is gaining energy at a lower rate than the tail of the electron beam. This leads to an electron beam energy “chirp” which leads to all kinds of severe problems, such as during extraction of the electron beam from the plasma accelerator stage, capture, transport and last but not least for applications. The study in Nature Communications proposes to exploit dephasing-free plasma wakefield acceleration and tailored beam loading by so called “escort” electron bunches, again to be produced by the plasma photocathode technique, in order to flip the accelerating field and hence obtain transverse phase space control. ​ 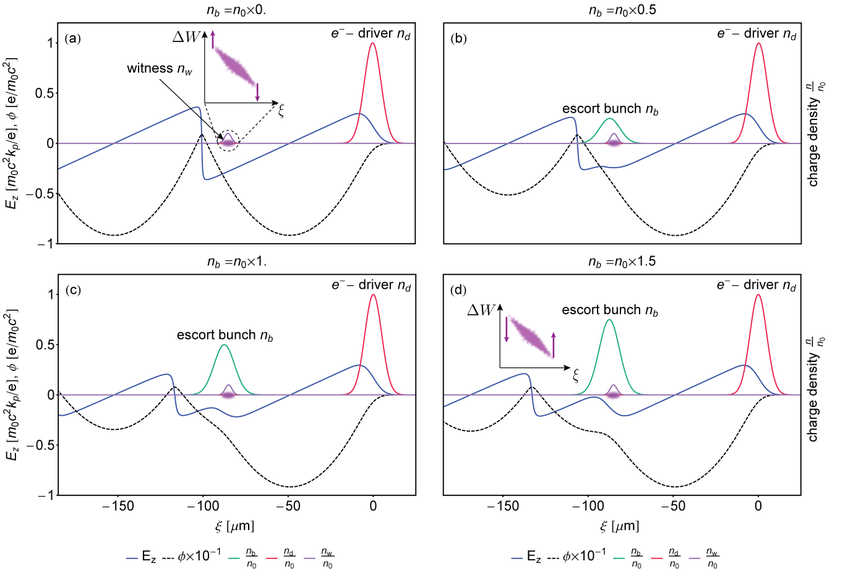